Mike Sikora was interviewed for a story on Ohio’s OZ Program that was featured in last week’s Crain’s Cleveland Business.  To review that article that provided a synopsis on Round 2 of the Ohio Opportunity Zone Program, specifically as to Northeast Ohio, click here.

Sikora Law prepared 40 applications for its Clients who were awarded approximately 20% of all Ohio Opportunity Zone tax credits issued, a figure that we believe exceeds any firm in the state.

Everyone who applies for Ohio Opportunity Zone Tax Credits receives them.
That’s false.  The Ohio Development Services Agency received nearly $35M in applications for Ohio Opportunity Zone tax credits, and approximately $30M in tax credits were awarded. The main reasons certain applicants did not receive tax credits was generally due to their structure, flow of funds, and/or non-compliant  documentation – they did not do what they needed to do in order to receive the credits.

Some developers received tax credits for work performed or money invested in Opportunity Zones even before Ohio’s Opportunity Zone law became effective.
That’s true. Our firm was advising Clients about what they needed to do to comply with the law even before it became effective. When it became apparent that the Bill was likely to pass, we closely advised our Clients on how to take the necessary steps to ensure compliance with the requirements of the new law. 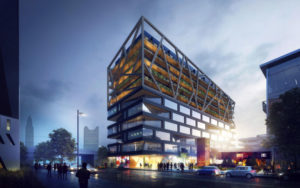 See just some of the Developments progressing following the more than 40 applications we prepared under the Ohio Opportunity Zone Program.